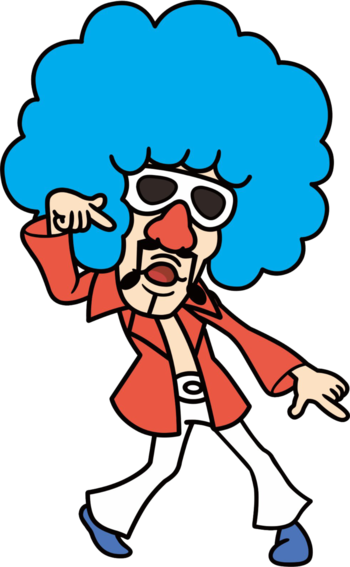 Full name Jimmy Thang. Jimmy is one of Wario's oldest employees at WarioWare, Inc. He's a cool cat with a passion for disco dancing and a massive afro, just like the rest of his family. 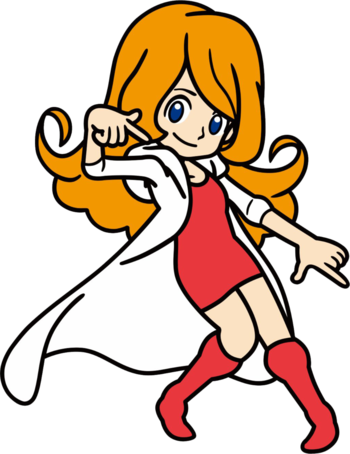 An energetic high school student from Diamond City, Mona works a variety of part-time jobs around town, including for WarioWare, Inc. She's also a cheerleader and the bassist in an amateur rock band, and owns a cool red scooter. 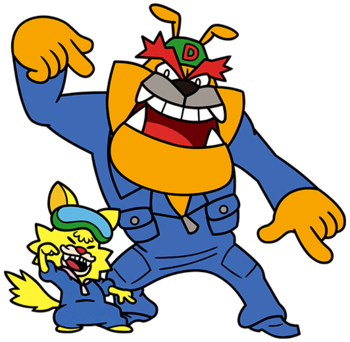 A bulldog and cat, respectively, who work as cab drivers in Diamond City when not designing microgames for Wario. Dribble is a hot-heated speed freak, but Spitz's cool head keeps him out of trouble. They have a souped-up taxi cab that can even fly in outer space. 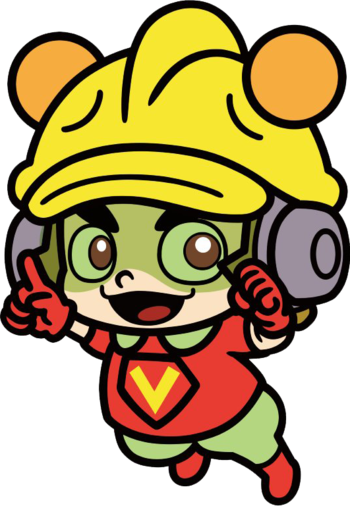 9-Volt is a little boy with a major love of all things Nintendo. He works at WarioWare, Inc. (Diamond City apparently having very lax child labor laws) designing microgames inspired by classic Nintendo products. When not fanning over Nintendo, he enjoys skateboarding. 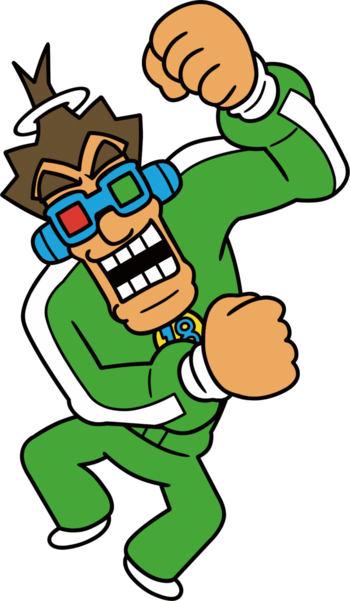 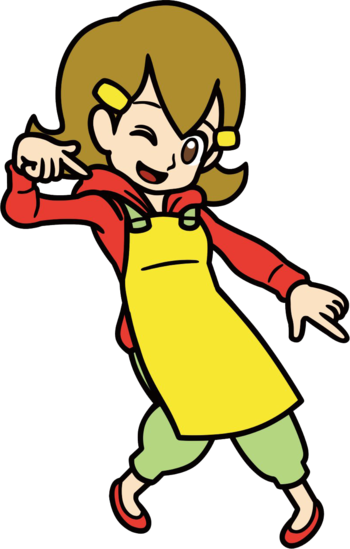 9-Volt's mother, who discourages her son (and 18-Volt) from playing too much video games and focus on school. She goes on to host microgames of her own in Gold; like her son, she focuses on classic Nintendo games. 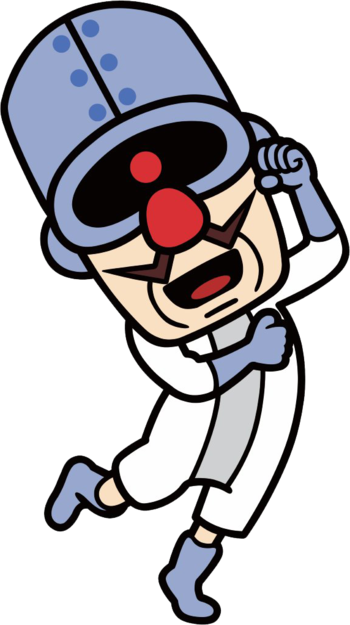 A Mad Scientist, Dr. Crygor busies himself with bizarre but mostly benign experiments on his private island base outside Diamond City. He's replaced most of his body with cybernetic prostheses for some reason and dresses like a superhero. Dr. Crygor is assisted in his lab by his energetic robot, Mike, and his cute granddaughter, Penny.

He's notable for going through two character design changes in-universe. Once, by being fused with an apple, and another by being powered up by his Kelorometer. 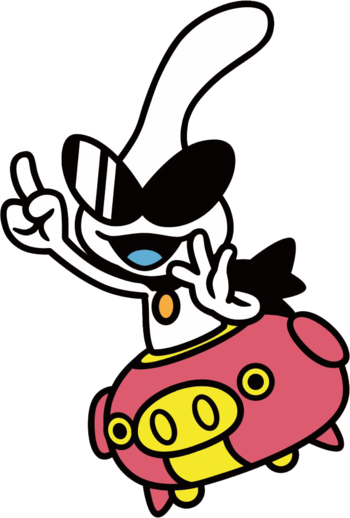 After trying and failing to take over the world, Orbulon settled down in Diamond City, befriended Wario, and joined his minigame company. Orbulon travels through space in a pig-shaped starship called the Oinker, which he's not very good at driving, accompanied by his Alien Bunny minions. He has shapeshifting powers that he sometimes uses to pass as a human. 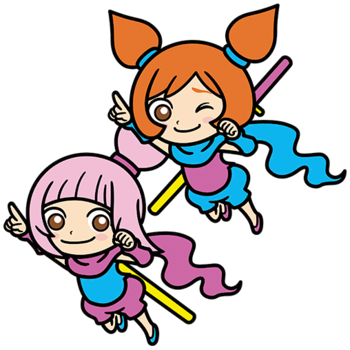 A pair of twin ninjas-in-training who attend Diamond City Kindergarten, Kat and Ana are Wario's youngest employees. Kat, the older, can be bossy and overbearing, but she still loves her gentle younger sister. Both are very polite and love nature. 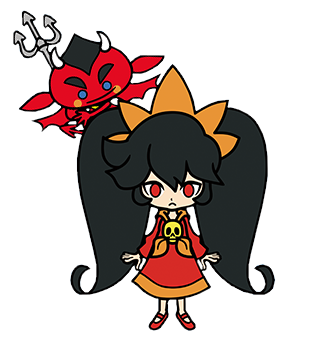 A young witch from Diamond City and one of Wario's employees. When not creating new microgames, Ashley spends her time brewing potions with her imp-like familiar, Red. 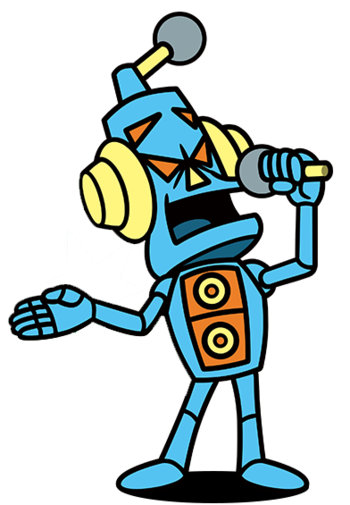 A high-spirited cleaning robot built by Dr. Crygor using parts from a karaoke machine. Mike loves one thing and one thing only: music. He often rebels against his programming to have fun with karaoke. 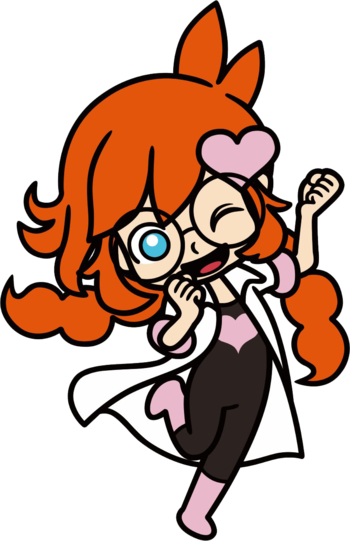 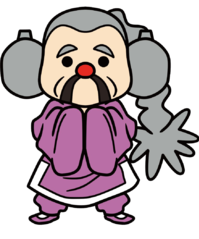 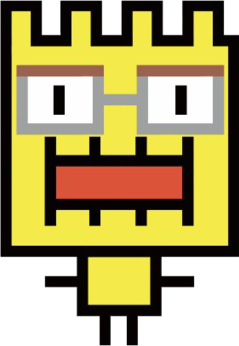 A yellow, square-headed, bespectacled(?) creature owned by 9-Volt. He started out as a background character before gradually getting more prominence and finally getting a supporting role in Gold. There are also a species of look-alikes that come in a variety of colors and make cameos in microgames. 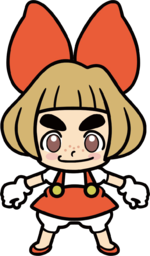 A mysterious little girl from Luxeville, who is attempting to retrieve an important golden relic that Wario stole from her village. 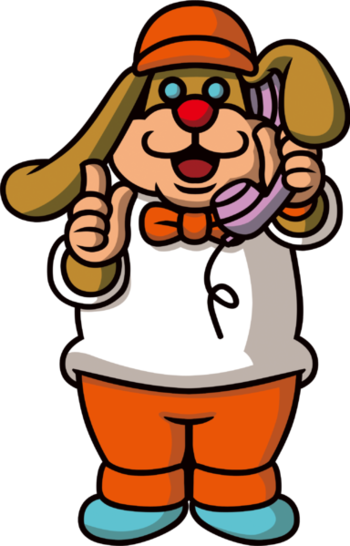 A dog who runs various industries in Diamond City. He appeared in the first game in the series and has remained a minor recurring character throughout. He also happens to be Mona's employer, which may explain why she's constantly changing jobs.

A reporter who frequently works on the news in Diamond City. 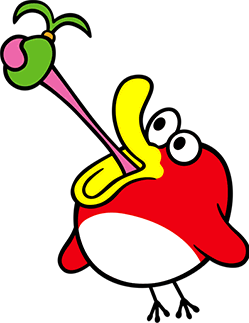 A bird character that stars in its own successful microgame series, inspiring Wario to copy it. 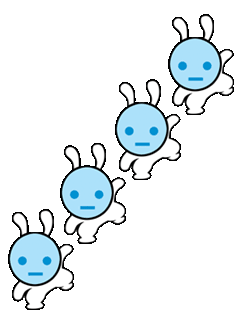 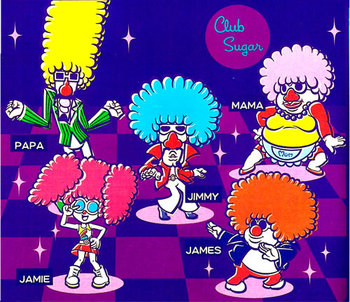 Jimmy's family, who are just as fond of disco as he is. It consists of Jimmy's parents, Papa T. and Mama T., and his younger siblings Jamie and James T.. 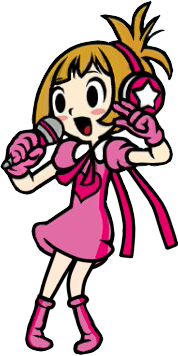 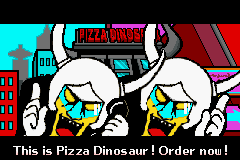 We represent Pizza Dinosaur!
We got the most stores in the world!
Our crust is tough and our sauce is thin,
But we're everywhere so you gotta give in!

The primary rival to Mona Pizza, which proudly takes a quantity-over-quality approach to their business. That, and attacking rival deliverers with dinosaur machines. 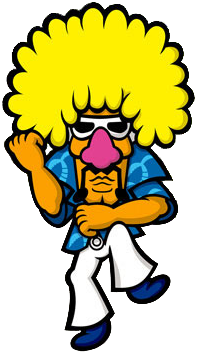 A disco dancer who bears an uncanny resemblance to Jimmy T.

A young female rapping phenomenon, who acts as the opponent in 18-Volt's Microgame set, with the two having a rap battle over a kid's game that she took in a previous rap battle. 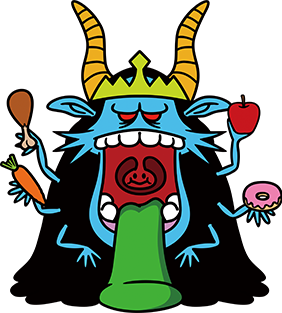 A large gluttonous demon lord famous for his insatiable hunger. Ashley takes him on in order to help a demon she summoned. 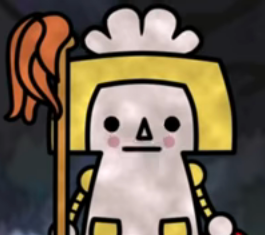 A robot maid who was abandoned by her creator in the forest. Turns out her creator was Dr. Crygor, so when she was found by him and Mike, she recognises the doctor which leads to her chasing him down.