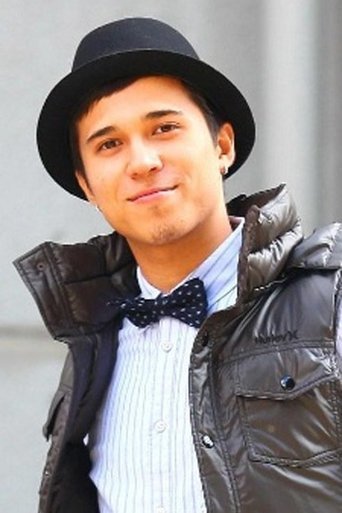 Subaru Kimura (木村 昴), born Samuel Bartsch, is a German-Japanese voice actor that was born in Leipzig, Germany in June 29th, 1990. He is affiliated with Atomic Monkey.

His father is a former but well-recognized German opera singer, and his mother used to be a singer and musical performer as well, which explains Subaru's artistic roots. He lived his childhood in Germany until he was 7 years old, when his family decided to move to Tokyo, Japan.

Subaru has been into acting since he was a kid, and when he was 12 years old, he started to gain attention from the public after his participation in an Annie musical presentation. It was until 2005 when he got casted as Takeshi "Gian" Gouda for the 2005 Doraemon anime (succeeding Kazuya Tatekabe), when he also went to pursue a career as a voice actor (interesting to note is that he was 14 years old and an active middle school student when he started to perform as Gian, being the youngest member of the cast; he was also his only regular voice acting role until 2011).

Some of his passions involve hip-hop music and acting. He went to form a hip-hop group with his friends when he was in high school, and he still performs in the scene from time to time. At 18, he co-founded his own theater troupe, which he leads up until this day.

He started to be active in the voice acting scene since Penguindrum, where he voiced Kanba Takakura.

Please, do not confuse— he isn't related to Ryōhei Kimura, although they have performed in some series together.