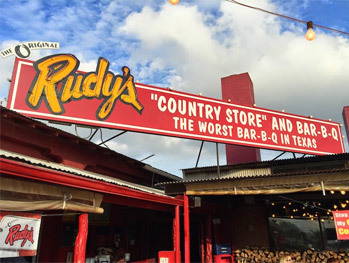 "With a name this bad, we've got to be good!"
"This game sucks and anyone who likes it sucks. Penny Arcade sucks and is as funny as something that's not funny at all."
— Advertising slogan for Penny Arcade Adventures: On The Rain-slick Precipice of Darkness.
Advertisement:

Don't buy our product. No really, don't. It costs a lot, looks like the back end of a geriatric warthog, guzzles fuel by the gallon, tastes of stale cardboard and will make you look like a fool in front of the ladies. This might well be the worst product ever.

At least, that's what these people say. Do you agree? Perhaps you should try it for yourself and see what the controversy is about!

Yes, while most commercials are based around making it look like the product is the best thing under the sun, a rare few accept that the thing they advertise is not universally loved. This can be done as a Take That! against their detractors, or to give the product that "lovable underdog" image, or the impression of genuine honesty - at least they're not lying about how good they are, right?

May function as Schmuck Bait or Reverse Psychology. Compare with Commercial Switcheroo (where the crappiness of the product is only in contrast to the real thing being advertised), Never Needs Sharpening (where the flaw is spun into a supposed asset) and Our Slogan Is Terrible (fictional slogans that do little to advertise their product). If the product or service really is as bad as this trope is claiming, they may be trying to invoke No Such Thing as Bad Publicity. Contrast with We Don't Suck Anymore, where the advertiser admits that its product used to suck. Asbestos-Free Cereal is when they imply the competition's product sucks more than they do. Not to be confused with Reverse Psycho.

Also contrast Strawman Product and Self-Deprecation. Inverted Trope of Abusive Advertising, where the marketer claims the product is so good that you suck if you don't use it.