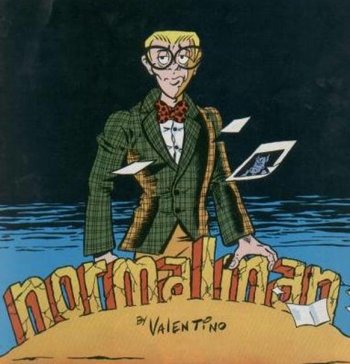 Fearing the Planet Arnold would explode, normalman's father sends his infant son on a rocketship to escape the planet's destruction . . . which NEVER comes to pass. Twenty years later and fully grown, normalman crash-lands on the planet Levram, where everybody has super powers ... except for normalman himself. Being the only person on the whole planet with no powers makes him a celebrity.