Comic Book / Tales of the Beanworld 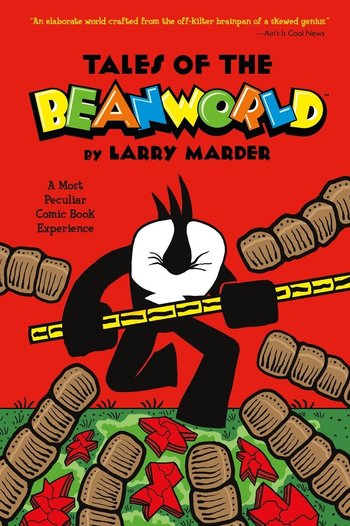 Tales Of The Beanworld is a comic book written by Larry Marder.

It focuses on the tales of a world of anthropomorphic beans. The comic has an incredibly detailed, bizarre semi-2d cosmology, and a surprisingly rich plot given that most of the residents of the world are nameless. Notably, the comic does not feature humans in any way, shape or form.

I mean, the NERVE of an unknown entity like ME showing up unannounced during DINNER!
Mr. Spook: Proffy, who linked you to TV Tropes?
Professor Garbanzo: Why, this is even more addictive than researching Mystery Pods!