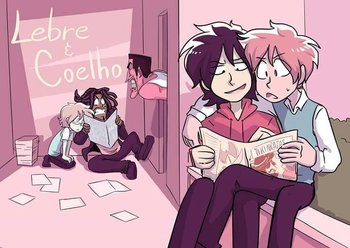 . It follows a history of Leon, a young boy which found his love, but as since his dumbness won't take him anywhere, his good friend Franz ends up having to deal with the struggles. However, along the way, something goes wrong.

There are 4 main characters from the cast:

for making the Portuguese Brazilian version physical was successful.