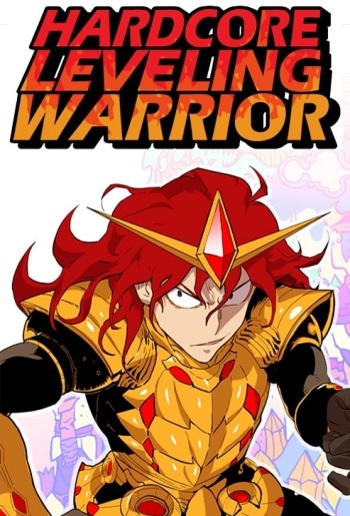 Hardcore Leveling Warrior is an ongoing action webcomic drawn and written by Sehun Kimset, and was first published on Webtoons on November 7th, 2017. The series takes place in a real world that has become revolved around playing within the virtual game-world of Lucid Adventure.

The story centers around Gong Won-Ho (translated as Ethan on Webtoon), a Korean boy who's been stuck in the unfortunate situation of being in debt and held prisoner to a man named President Kim. Ethan goes about paying off the debt through Lucid Adventure where his efforts as a solo player led to him eventually becoming the undisputed #1 ranked player in the game as the Hardcore Leveling Warrior. With maxed out levels and stats to match, there's no one alive that posed a challenge to Ethan. That is until a mysterious woman from inside the game manages to kill him; resulting in Hardcore Leveling Warrior losing his gear, and dropping back down to level one. At that same time in real life, Ethan was living in one of Kim's high-end jail suites thanks to his reputation as the Hardcore Leveling Warrior, but as a result of his game character dying, Ethan gets thrown back into the lowest dungeon until he's worked his way back up again.

From here, Ethan begins a new adventure to one day escape his real world imprisonment, and to reclaim his title as the #1 player of Lucid Adventure. Only this time around, the Hardcore Leveling Warrior is hired to join a team with two other players looking to get stronger, Dark and Sora.