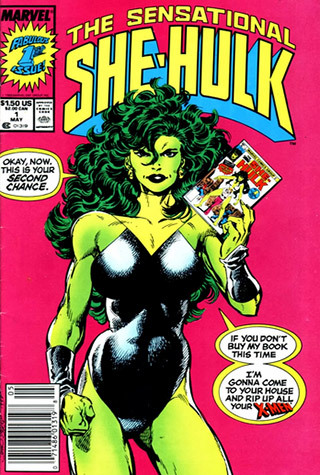 She sure did keep her promise...
Wilkins: Care for a cup of Wilkins Coffee?
Wontkins: No, I don't like coffee.
(a hand holding a gun reaches into the frame and shoots Wontkins dead at point-blank range)
Wilkins: This has been a public service announcement!
— Wilkins Coffee commercial
Advertisement:

Most commercials try to sell their product by making it look appealing, desirable, and a must-have even if customers didn't think before that they needed it. Commercials like such try to be friendly and informative, appearing to have your best interests at heart.

Then there's these. With Abusive Advertising, there's no question whether you'll buy this product. You will, and if you don't, there will be dire consequences before you end up buying it anyway. Whether a mascot coming to beat you up or divine misfortune to wreck one's day, the customer is promised a nasty end if they don't haul their butt to a store right now.

Oftentimes though, this type of advertising is done tongue-in-cheek, as obviously companies can't legally attack people to make them buy their product. So to show it's all just a joke, such ads are usually deliberately over the top so that they won't be taken seriously. The real aim is for the commercials to stick in the customers' minds, even if it depicts them getting beaten to a pulp alive.

Compare Appeal to Force, Disproportionate Retribution, Public Service Announcement and The Fourth Wall Will Not Protect You. Inverted Trope of Our Product Sucks. Often a form of Space Whale Aesop.

In the "Answering Questions Without Knowing The Question" episode of #CONTENT, Tom gives Elliot a very aggressive promotion of the video's sponsor.

In the "Answering Questions Without Knowing The Question" episode of #CONTENT, Tom gives Elliot a very aggressive promotion of the video's sponsor.