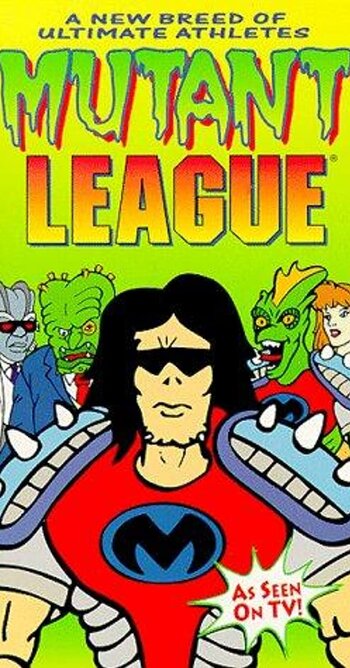 An earthquake at a football stadium reveals a cache of illegally dumped toxic waste which mutates all the athletes and spectators into half-human abominations. Soon a pro sports league springs up around the mutants, and rather than make the big bucks, rookie athlete Bones Justice decides to play for his dad's team, the last-place Midway Monsters.

As there were video games based on two different sports but featuring a lot of the same characters, the show ran with it by having all the teams competing in multiple sports (but still mostly football), as well as events like monster truck races and wrestling matches. Also keeping in the spirit of the games, it was common for players to lose body parts in the course of play. To keep from killing off the entire cast within three episodes, a device called "the rejuvenator" was introduced that could heal practically any injury by bathing the injured mutants in certain chemical mixtures.

Despite surprisingly graphic violence for being aimed at young viewers, Mutant League managed to last two seasons, the second longer than the first.