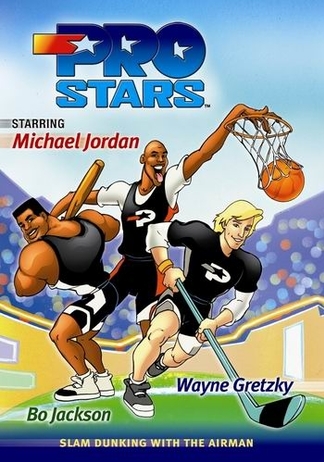 ProStars was a Saturday Morning Cartoon, produced for NBC by DiC Entertainment, starring Michael Jordan, Bo Jackson and Wayne Gretzky. It ran 13 episodes in 1991. The show stars animated versions of Michael Jordan, Bo Jackson and Wayne Gretzky, who all fight crime and save the environment. In most episodes, they'd get called in to save the day by a kid, get some sports-related weapons and battle a villain who is wreaking havoc just because they can. Some episodes dealt with things like the larceny of the Stanley Cup, or kids in gangs, for example. At the end of each episode, the athletes themselves explained the lesson in a live-action clip.