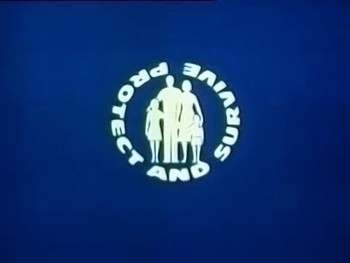 In 1975, at the behest of the British government, Richard Taylor Cartoons (creators of Crystal Tipps and Alistair and the Charley Says public information films) produced a series of animated shorts providing instructions to the general public on how to protect themselves and their homes in the event of a nuclear strike on the United Kingdom. The films were originally intended to air only in the event of a national emergency, but leaked copies made their way to the CND and The BBC, sparking intense public controversy around the nature and supposed effectiveness of the advice given.