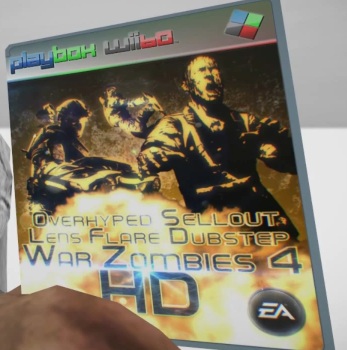 Just put your product next to it and see what happens.
Advertisement:

Are you worried that people won't think your product is the greatest thing since sliced bread? Do you feel that your product won't sell if people think a rival product is good enough, especially if it's the leading brand? Then you should try the all new miracle advertising method of the Strawman Product!

Take flaws that most people find mere annoyances, or outright make flaws up, and crank them up to So Bad, It's Horrible levels. While your work will only have a beautiful fresh shine with every use. Soon people will begin to wonder how they even functioned using the other, godawful products.

These are some of the exciting uses for this method:

This marketing technique has served over one million customers already!

So call now, and get the hottest trend in bullshi... we mean marketing, today, for just three easy payments of 29.99!

Strawman Product is not legal in every country

. Do not inhale, swallow, or taunt Strawman Product.

Subtrope of Competing Product Potshot, which doesn't always get this intense. Compare Absolute Comparative, where this is avoided by declining to mention exactly what your product is better than.