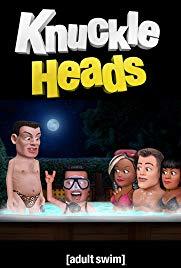 Knuckleheads is Canadian animated series based on a French-language humour website known as Tetes a claques.

The show was pretty much a variety comedy show, with each episode having a different plot, and a different set of characters each time. All of the characters used Synchro-Vox animation to animate their mouths and eyes.