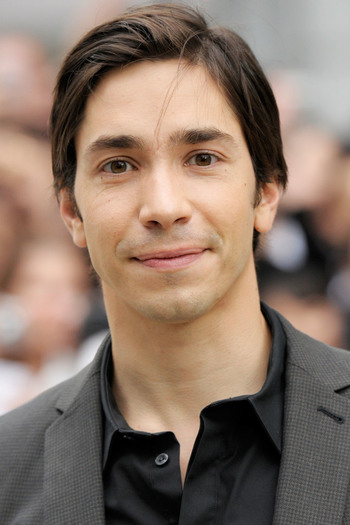 Justin Jacob Long (born June 2, 1978 in Fairfield, Connecticut) is an American actor known for a wide variety of roles ranging from the anthropomorphic personification of a personal computer to a chipmunk.
Advertisement:

He was born in Fairfield, Connecticut, and attended Fairfield College Preparatory School and Vassar College, where he was a member of the sketch comedy group Laughingstock and starred in several plays. His earliest film role was the minor (but instrumental) character of Brandon in Galaxy Quest, and his career took off from there.