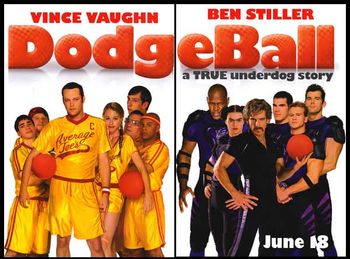 Despite the gym posing little threat to Globo Gym, a fitness goliath run by White Goodman (Ben Stiller), Peter's humble recreation centre becomes a subject of much controversy when Goodman learns of his rival's less-than-meticulous bookkeeping. Determined to crush his rival and build a new parking area for Globo Gym, Goodman hires attorney Kate Veach (Christine Taylor) to initiate a hostile takeover of the gym.