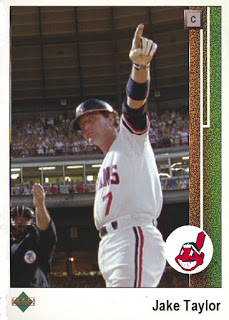 Jake Taylor calls his shot.
In sports, sometimes a player will say or point to where his shot will go before he makes it. The point of this is to show your skill when you put it where you called it; if you don't make the anticipated shot it usually doesn't count. This is often a rule in some sports such as billiards.
Advertisement:

If it's not a rule of the game but you call the shot anyway, it can be just a way of showing off.

Compare Calling Your Attacks (which isn't quite the same but does cross over a lot). Not to be confused with Calling Shotgun.