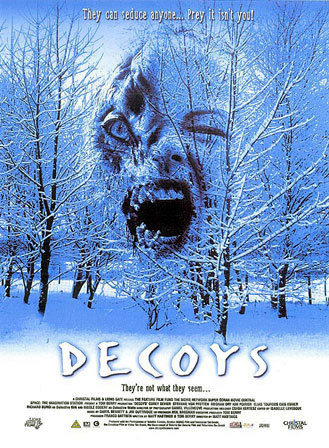 Decoys is a 2004 movie about aliens that take the form of attractive, blond women. They're on the verge of dying out, and need to mate. Unfortunately, the mating process drops their temperature below freezing, killing their partners. Fortunately they are vulnerable to heat.

The 2007 sequel, Decoys 2: Alien Seduction, continues in much the same vein.