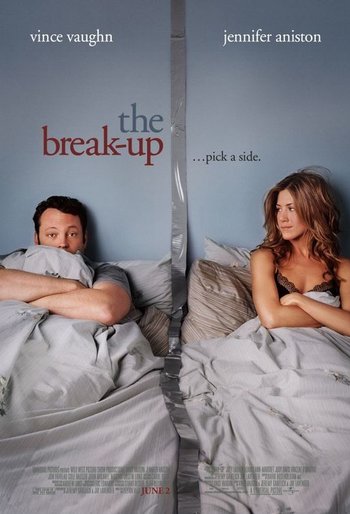 Chicago tour guide Gary Grobowski (Vaughn) and art gallery manager Brooke Meyers (Aniston) meet and begin dating, eventually buying a condominium together. However, as the title implies, they break up. Since neither is willing to move out of their condo, they compromise by living as roommates; but each begins acting out to provoke the other in increasingly elaborate ways.