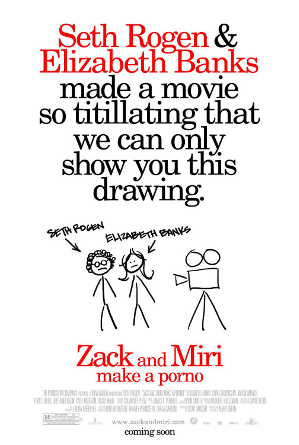 Roommates Zack Brown (Rogen) and Miri Linky (Banks) decide to make a pornographic movie in order to pay their bills. However, during the filming of the movie Zack and Miri seem to deal with their Unresolved Sexual Tension, although the path of love does not run smoothly.

Originally Smith's second film after Jersey Girl to be set outside of The View Askewniverse, its exclusion therefrom was eventually retconned when the character of Brandon (Justin Long) was written into Jay and Silent Bob Reboot.