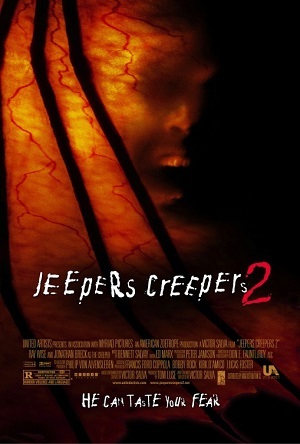 A few days after the first film, a high school basketball team are returning from a tournament when their bus is disabled with a shuriken by the Creeper. As night falls, the high schoolers and their teachers begin to be slowly picked off one by one by the hungry monster. Meanwhile a local farmer is out for revenge after his youngest son was seized and devoured by the Creeper.