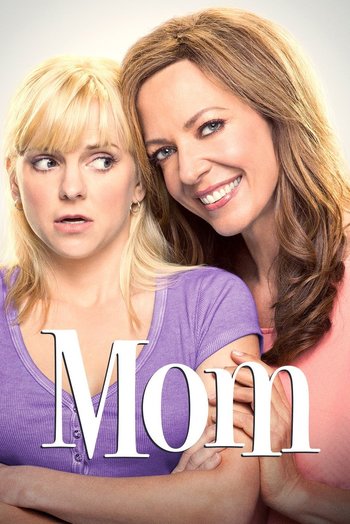 Mom is a Chuck Lorre-produced sitcom on CBS that debuted during the 2013–14 TV season. It stars Anna Faris as Christy and Allison Janney as Bonnie, Christy's mother, and revolves around two substance abusers and trying to rebuild their broken relationship and maintain their sobriety while dealing with all sorts of other issues life throws at them such as Christy's daughter Violet being pregnant at 17 years old, just like Christy and Bonnie before her. In 2020, it was announced that Faris was leaving the series. The series ended on May 13th, 2021 after eight seasons.

Allison Janney won the Emmy for Best Supporting Actress in a Comedy or Musical for her portrayal of Bonnie.

Not ever to be confused with the dark horror-comedy about a son who deals with a mother turned into a werewolf, starring the late Jeanne Bates.