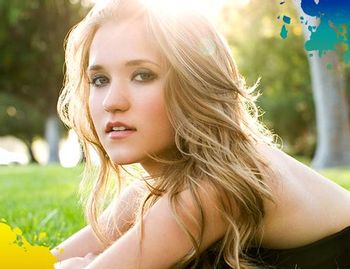 Emily Jordan Osment (born March 10, 1992 in Los Angeles, California) is an American actress and singer-songwriter. She is best known as Lilly Truscott on the Disney Channel Kid Com Hannah Montana. She is also the younger sister of actor Haley Joel Osment.

Emily expanded her repertoire into pop music and more recently alternative/indie rock where she has recorded teen pop hits like "I Don't Think About It", "If I Didn't Have You" alongside her Hannah Montana co-star Mitchel Musso, and "Once Upon a Dream". Her debut album, Fight or Flight, was released on October 5, 2010 via Wind-up Records.