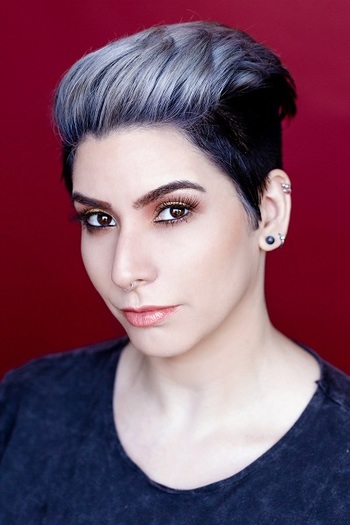 Fryda Maria Wolff (born May 25, 1982 in Las Vegas, Nevada) is an American voice actress and sound design artist, currently most well-known as Sara Ryder in Mass Effect: Andromeda. She initially got her start in 2003 while working as a game master for Sony Online Entertainment; her boss knew of her interest in voice acting and asked her to provide the voice for the player character in the long-running massively multiplayer online first-person shooter PlanetSide. In the end, though, Fryda's performance was replaced by Wendee Lee, though Wolff was still listed in the credits.

Somewhat disillusioned by her first experience, Wolff transitioned into game development, working as a sound designer for Sony Online Entertainment (EverQuest II), Obsidian (Neverwinter Nights 2), and Bethesda Software (Fallout: New Vegas) among others. In 2012 she decided to give voice acting another shot, getting a minor role in Lightning Returns: Final Fantasy XIII, then narrating Sid Meier's Civilization: Beyond Earth and its Rising Tide expansion. Some of her other game roles include the vampire Mira in the new Killer Instinct and Lorraine in The Secret World & its side story game The Park.

She's also worked steadily in animation since her return to games, voicing Poison Ivy in the DC Super Friends shorts, Jade in the Bratz series, The Enchantress in Avengers Assemble, and Faora in Justice League Action among others.