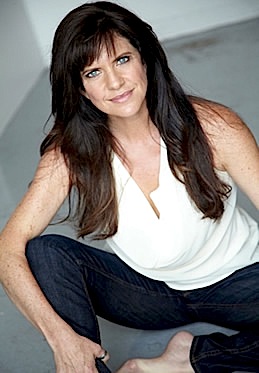 "I was chasing my horse one time, we were playing, this sounds crazy, but we were playing tag in this arena and I'm chasing him around and it was a really deep, sandy arena, and I tripped, and I just did a full-on faceplant, and was like "PLUAAEH", you know, one of those things? And as I go down and I get the wind knocked out of me, I'm thinking "oh, I gotta remember that sound..."
— Hale herself during an interview

with UltraNeko, telling us just how dedicated she is to her job.
Advertisement:

Jennifer Leigh Hale (born January 1, 1965 in Happy Valley-Goose Bay, Canada) is a prolific Canadian-born American actress and singer best known for her voice over work in video games and appearances in numerous animated series. With 129 appearances, she was given the title of the "Most Prolific Voice Actress in Video Games" by Guinness World Records Gamer's Edition 2012.

Example of:
Tomboy and Girly Girl