Music / Off the Wall 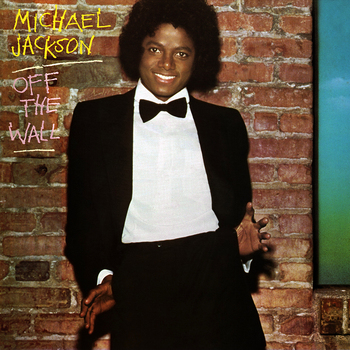 The front cover for all copies of Off the Wall manufactured during The Nineties and The 2000s. 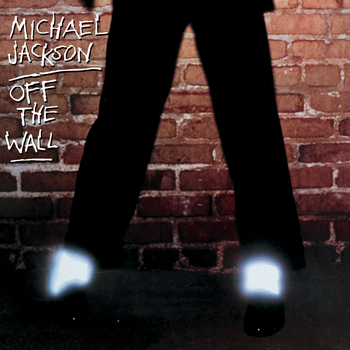 Off the Wall is the fifth studio album recorded by Michael Jackson. It was released through Epic Records on August 10, 1979.

After the first four albums of his solo career, which he released under Motown, he and his brothers signed with CBS Records. Initially, they worked under the Philadelphia International Records label, before shifting to the Epic label. It was under Epic that Michael resumed his solo career. Working with Quincy Jones, whom he got to know through his work in the 1978 film version of The Wiz, this album would mix in both Funk and Disco.

The result could be best described as a complete revelation.

The album was also notable for having four Top Ten singles: "Don't Stop 'Til You Get Enough", "Rock With You", "Off The Wall" and "She's Out Of My Life". The first two would be #1 on the Billboard Hot 100.

The collaboration with producer Quincy Jones would become a lasting one, extending to the releases of Thriller and Bad in The '80s. It was a set-up for one of the most meteoric rises in American pop music, as the records set by Off The Wall would fall soon enough.

The album was released as a special edition by Sony Music in 2001, which was re-issued in 2016.

You got to feel the heat, and we can trope the boogie: