Video Game / Scooby-Doo, Who's Watching Who? 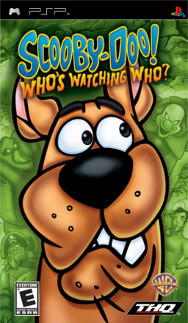 Scooby-Doo, Who's Watching Who? is a 2006 video game based on Scooby-Doo that was released on the PlayStation Portable and the Nintendo DS. In this game, the Mystery, Inc. gang find themselves on a reality show known as Ghost Scene Investigation, where they are tasked with solving several mysteries and eventually unmasking their rivals the GSI team's archenemy the Ghost Hunter Haunter.