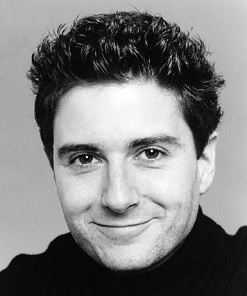 *A rose is thrown and hits the ground*

Rino Romano (born July 1, 1969 in Toronto, Ontario) is a voice actor from Canada, who later moved to the United States. Among his best known roles are the Dark Knight himself on The Batman, Tuxedo Mask in the first eleven episodes of DiC's dub of Sailor Moon, Spider-Man in Spider-Man Unlimited, Eduardo Rivera in Extreme Ghostbusters, Luis Sera in Resident Evil 4, and Revan in Star Wars: Knights of the Old Republic. He was also the announcer for Judge Judy Sheindlin's courtroom reality TV series, Hot Bench, from 2014 to 2020.