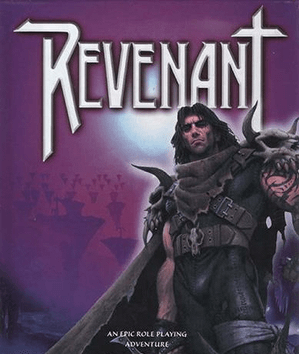 Locke D'Averam has been chilling out in Hell for centuries when someone decided to resurrect him. As it turns out, the Kingdom of Ahkuilon is under attack by a Cult calling themselves the Children of the Change, who kidnapped the king's only daughter, and Locke, the long-dead ruler of a long-gone empire, seems like just the right guy to bring her back. Unable to defy his new master's orders, the eponymous Revenant Zombie sets off on his quest, which proves all but simple and straightforward.

Revenant is a largely forgotten epic Action RPG for PC, developed by Cinematix Studios and released in the year of 1999. One of its most notable features was a complex and elaborate real-time combat system, consisting of a large number of various combos and tactics, which had to be adopted on the fly against specific enemies. Combined with surprisingly fluid animations (for the time), Revenant was a remarkable gaming experience.