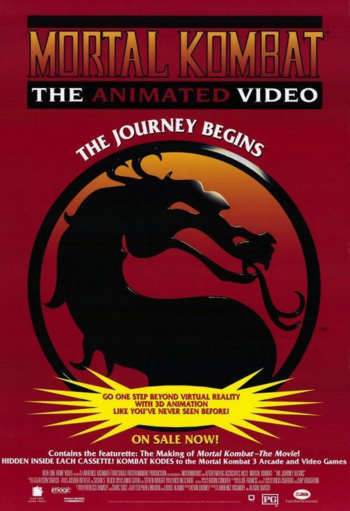 A Direct to Video OAV meant as a tie-in of sorts to Mortal Kombat. The plots between cartoon and movie are more or less similar, with the same three protagonists - Liu Kang, Johnny Cage and Sonya Blade - but with far less tournament and far more backstory.
Advertisement: