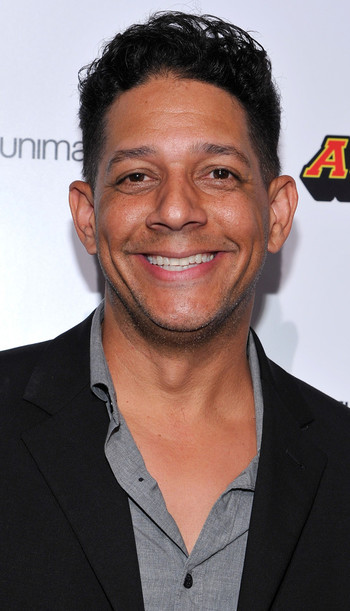 Describe Keith Silverstein her—
"Do you get to the Cloud District very often? Oh, what am I saying? Of course you d-" *SPLAT*
Advertisement:

Keith David Silverstein (born December 24, 1970) is an American voice actor. He's best known for his role as Hisoka from Hunter × Hunter, as well as Full Frontal from Gundam Unicorn.

Let the power of my roles sink into your soul:

“Time for Keith Silverstein to make his exit...”