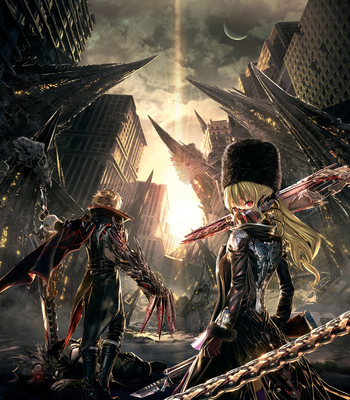 Come on and let me take you to the underworld
"In the face of certain death, we rise."
Advertisement:

Set in a post-apocalyptic, dystopian future where the world has been destroyed by a cataclysm of a very obscure nature, many of the surviving humans have transformed into vampires known as Revenants in order to stay alive. Among the Revenants lies a hidden society known as Vein, a group dedicated to saving what remains of society from the Lost, Revenants who have transformed into fiendish ghouls by fully giving into their bloodlust. The player takes on the role of a member of Vein exploring the ruined, Lost-populated world, with the aid of their companions.

It is not related to Code Geass.