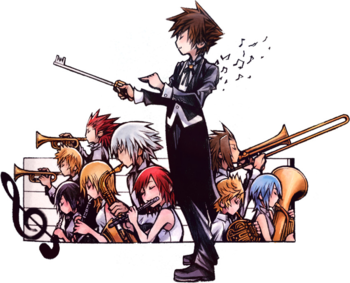 When you walk away...
Advertisement:

Of all the positives and negatives about each game, one thing that pretty much every Kingdom Hearts fan tends to agree on - as well as outside listeners - is that the music of Kingdom Hearts is more than deserving of numerous pages of Awesome Music devoted to it.

Games with their own page: