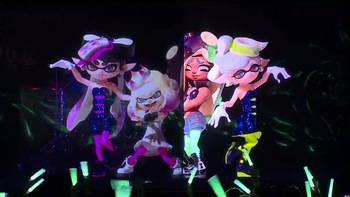 Splatoon, its sequel, and its sequel's sequel are paintball-themed shooters with a colorful, '90s-cartoon style, and they have the music to match.

Be warned of unmarked spoilers for all of the games!

Splatoon 3 - Return of the Mammalians