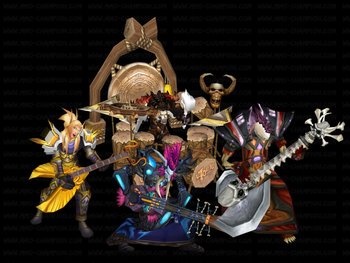 Awesome Music page for the World of Warcraft MMORPG game and its expansions.