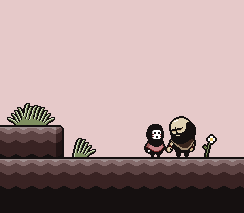 "You're my little buddy."
Despite the nonstop parade of depression, horror, and human depravity, LISA does manage to have some rare moments of pure heart warming goodness.