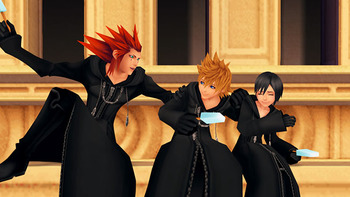 At Dusk, I will think of you.