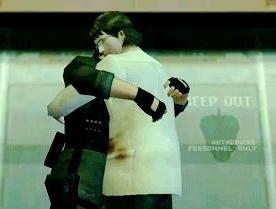 "I'm Counting On You, Otacon."