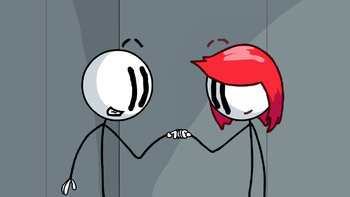 "Henry and I make a pretty good team too! Don't count me out!"
SPOILER ALERT: This page contains MASSIVE SPOILERS for the events of Escaping the Prison, Stealing the Diamond, Infiltrating the Airship, Fleeing the Complex and the newest game Completing the Mission.

In accordance with wiki policy, ALL spoilers will be unmarked. You Have Been Warned.

Infiltrating the Airship
Fleeing the Complex
Completing the Mission