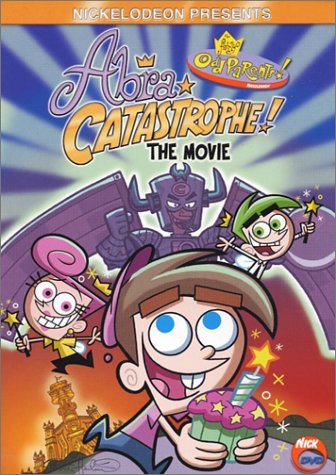 Abra-Castastrophe! is the first Made-for-TV Movie of The Fairly Oddparents.

Because Timmy has managed to keep his fairies for a whole year without allowing anyone to find them, all the major magical creatures he's met by this point throw him a Fairy-versary Party in celebration. Among a number of gifts he receives, the Fairy-versery Muffin is the most potent. Essentially, eating it will allow for one rule-free wish.

What could possibly go wrong?

The movie shows examples of: