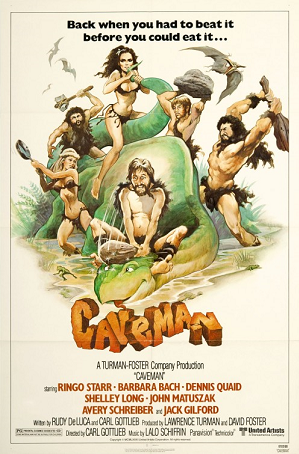 Set in "One Zillion BC", the film follows the adventures of caveman underdog, Atouk, who is constantly bullied by the other members of his tribe, as well as by their leader, Tonda, while lusting over the beautiful Lana (Barbara Bach), who happens to be Tonda's mate.

Eventually, Atouk gets banished from his tribe along with his best friend Lar (Dennis Quaid), he finds other misfits in the wild and forms his own tribe, and together they start walking upright, discover fire, invent music, tools, weapons, drugs, and fry an egg.