Film / The Clan of the Cave Bear 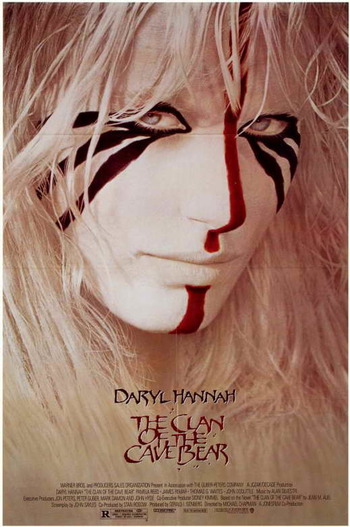 The Clan of the Cave Bear is a 1986 prehistorical drama / Speculative Fiction film. It is based upon the first book in Jean M Auel's Earth's Children series. The film follows the story of Ayla, an orphaned Cro-Magnon girl who is adopted by a tribe of Neanderthals (who call themselves the Clan) and her struggle to survive amongst them.
Advertisement:

The film stars Daryl Hannah as Ayla, Pamela Reed as Iza, James Remar as Creb and Thomas G. Waites as Broud. It was directed by Michael Chapman and the screenplay adapted by John Sayles. Alan Silvestri provided the musical score.