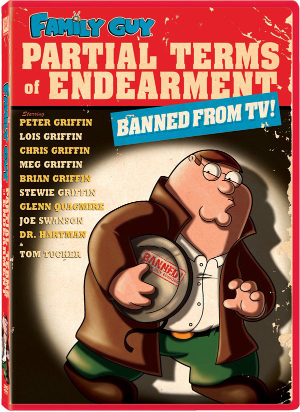 Blame the fellas at the freakin' FCC!
"Only on Halloween... would we dare air an episode so controversial it's been banned from television for three years. Consider yourself warned."
— 1999 newspaper advert

for the re-airing of The X-Files episode "Home"
Advertisement:

Every once in a while, a series will have an episode that eventually draws in some kind of controversy, for whatever reason — be it offensive to certain viewers, too risqué for broadcast (or after viewer complaints), a result of Executive Meddling (this also includes if the episode or entire TV show becomes part of a lawsuit), or because a certain actor in the episode is suddenly part of a major legal controversy (up to and including getting in trouble for sexual misconduct) — and as a result, those episodes are pulled from the air, and very rarely, if ever, are seen in reruns, or syndication, ever again.

Distancing from current events is another reason why episodes may be removed from the schedules. If an episode's content is felt to be too reminiscent of a major Real Life event, that episode is likely to be withdrawn out of respect. However, it may be reinstated once enough time has passed (or, if the ban is still in place, then the episode will most likely be readily available elsewhere).

Depending on the popularity or cult following of the series, often these episodes still get some mileage, through tape tradings, or various posting on Internet video sharing sites such as YouTube.

Subtrope of Missing Episode. If an episode is pulled from certain markets while remaining available elsewhere, it's a case of Banned in China or (if it's for non-censorship reasons) No Export for You. If an episode is rerun with parts cut (whether for content reasons or not), then it's Edited for Syndication. If an episode is banned from broadcast, but still made available on home media, it's Too Hot for TV. Has nothing to do with Band Episode, which are about bands.