Music / Devil Without A Cause 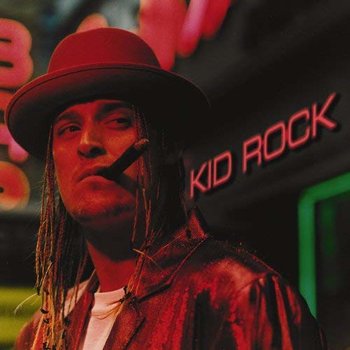 Cause it's been a long time comin', but I finally broke.
Advertisement:

Devil Without a Cause is Kid Rock's fourth album. He wanted to make what he called "a redneck, shit-kicking rock 'n' roll rap album", combining influence from Run–D.M.C., Lynyrd Skynyrd and AC/DC. Devil ended up going platinum 11 times, earning diamond certification. Several singles, including "Bawitdaba", "Cowboy", "I Am the Bullgod" and "Only God Knows Why", were also hits.

The album also scored critical acclaim for not only Kid Rock, but also within the context of the Hard Rock and Rap Metal genres, although other genres are tackled on the album, most notably Country Rap, which Kid Rock is considered to have pioneered with the examples on this album.

Based on his wild live shows with his band, Twisted Brown Trucker, Atlantic Records signed Kid Rock, despite initially passing on his demo based on not wanting to sign a white rapper. After executives saw him perform live, they realized Kid Rock was not merely a rapper, but a rock star.

Devil displays a Genre Roulette of Rap Metal, Southern Rock, Country Music and soul, but is primarily known as a Rap Rock and Hard Rock album.

Kid Rock re-recorded three songs from his underground albums: "I Am the Bullgod", which first appeared on The Polyfuze Method in 1993, "Where U At Rock" and "Black Chick, White Guy", which originally appeared on Early Mornin' Stoned Pimp in 1996.

Atlantic didn't want Kid Rock to release the song "Cowboy", credited as the first Country Rap song released on a mainstream album, because the label didn't think the fusion of country, Southern Rock and rap was marketable, but it ended up becoming one of his most popular songs, and Country Rap would later become a very marketable genre.

The Word Salad chorus of "Bawitdaba" combined the choruses of Busy Bee's "Making Cash Money" and the Sugar Hill Gang's "Rapper's Delight" into a gregorian chant.

Even on the explicit edition of the album, there are lyrics censored on "Cowboy":

See the slimmy in the 'Vette, rolled down my glass and said, here, this dick fits right in your ass!

Cuss like a sailor, drink like a mick. My only words of wisdom are to suck my dick!

I can understand all the push and shove, and what the fuck happened to the peace and love?

I get too much P to ever be no homo.

I don't rock for cancer.

The CD editions include a hidden track at the end of the album, a remix of "I Am the Bullgod". On the clean edition, it appears indexed on "Where U At Rock". It does not appear on the vinyl edition.

"Devil Without a Trope":