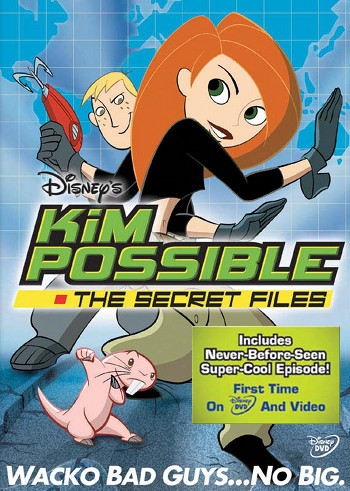 The episode in question is "Partners", which first appeared on this DVD, then aired on Disney Channel three months later.
Advertisement:

When a bonus episode is included with the DVD release of a series, beyond simple Bonus Material.

This is most common with anime, where many shows (especially 12-Episode Anime) will have a bonus OVA episode or two released as part of the home release. Thanks to the lack of broadcasting standards needed for these, you can expect them to be of a loosely canonical, fanservicey nature benefitting from not having to deal with broadcast standards. In effect, an intentional Missing Episode.

Outside of anime, the bonus episode is usually a case of Early-Bird Release, wherein the episode simply premiered on home media a few months ahead of its television debut, though situations where a program never got to complete its television run and thus has its unaired episodes only made available this way is also common.