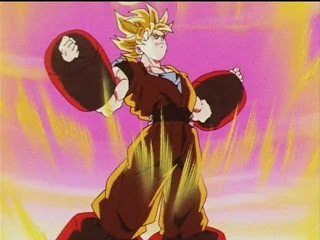 How do you think Goku got that powerful anyways?
Tien: Goku this thing weighs a ton! Have you been wearing it for the entire tournament?
Goku: Yup! Kami told me to. It was part of my training. It's not much different than Master Roshi's style. He wore a big turtle shell to gain strength. It's pretty much the same principle here.
— Goku explains his weighted clothes, Dragon Ball
Advertisement:

Sometimes, it's not enough to just practice in a "fair" or typical way. Getting really good at something implies the ability to do it even when there are factors impeding the person doing it. This trope is an intentional invocation of this, by having the trainee devote themselves to what would otherwise be a routine training session with additional restrictions.

This is not necessarily a Sub-Trope of Training from Hell, but they do frequently overlap. In order to be an example of this, the training should involve tasks or conditions which wouldn't be present when the person is doing the thing they trained for "for real". Training for a difficult task by subjecting yourself to that task is just standard practice. This is training for a less difficult task by subjecting yourself to a more difficult one. If the trainee (or a trusted partner) can't remove the handicap at will, then it's not an example of this trope.

The reasons for doing this can vary. Maybe the trainee is already excellent in his field and this is the only conceivable way to get better still. Or maybe this is the best use of an otherwise modest budget. Regardless, the effect is usually that the trainee quickly finds ways to work through or around the limitations and becomes more formidable as a result.

It's possible to invoke this trope using handicaps that are completely and totally unrelated to the task actually being performed, such as practicing for combat with the added stipulation that you have to sing while you fight. Unless you can perform Magic Music, those kinds of handicaps aren't likely to help you get better.

When such handicaps are used for fun/glory instead of training, it's a Self-Imposed Challenge. If done in a particularly dangerous fashion, this overlaps with Training from Hell. See Charles Atlas Superpower for the eventual result. When they reveal this sort of thing in the middle of "the real deal", like a combat situation, that's I Am Not Left-Handed. Also related is Boxing Lessons for Superman, inasmuch as it's a similar means of expanding a character's repertoire by bolstering their superpowered abilities with beneficial skills that are mundane by comparison. See also Wax On, Wax Off for when exercise is disguised as a mundane task.