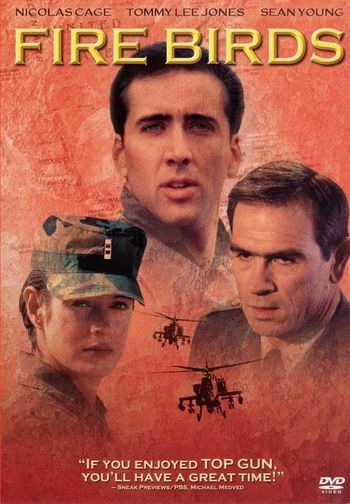 A 1990 movie starring Tommy Lee Jones and Nicolas Cage as United States Army Air Cavalry helicopter pilots. The U.S. Army and the DEA are assisting government officials in Central America in fighting the increasingly militant drug cartels, but are unexpectedly outgunned by a mercenary pilot Eric Stoller, and his Scorpion attack helicopter. Captain Jake Preston (Cage), one of the few survivors of an aerial ambush in the beginning of the movie, must train hard to prepare for a new mission to hunt down and eliminate Eric Stoller.

Alternative Title(s): Wings Of The Apache