Podcast / Within the Wires 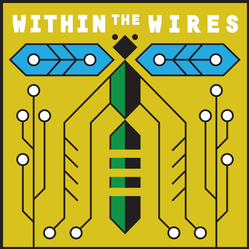 Listen. Remember. Comprehend.
Welcome to the relaxation study. This ten-cassette series will guide you towards relaxation, focus, and total body awareness. Listen to these guides with authorized headphones provided to you by the Institute’s security team.
Advertisement:

Welcome to TV Tropes. This page will give you an overview of the podcast Within the Wires and link to the various tropes associated with it.

Within the Wires is a serial Science Fiction podcast from Night Vale Presents, written by Welcome to Night Vale co-creator Jeffrey Cranor and Janina Matthewson. It takes the form of found audio from a strangely divergent world set after something called 'The Great Reckoning'. Each season is a different type of found audio, generally cassette tapes of various sorts.

and the Night Vale Presents

website. Bonus episodes are available for subscribers to the show's Patreon page

A book set in the world of The Society, You Feel It Just Below The Ribs, was released in November 2021.

Within The Wires Main Page, Side B: Tropes Exemplified in the Podcast:

The general setting of the podcast is The Society, an Alternate History that came about after "The Great Reckoning", a version of World War I that caused worldwide devastation.
Multi-Season Tropes

The first season takes the form of instructional cassette tapes distributed to an inpatient of a research hospital called "The Institute". Over the course of these tapes, the Institute is revealed to be less than benign, the world strangely divergent from our own, and the cassettes very different from the Institute's standard-issue curriculum, particularly in the increasingly personalized way their Narrator (voiced by Matthewson) addresses the patient.
Tropes from Season One

The second season includes art museum audio guides for an art exhibition during the 1970s in the same universe. These cassette tapes take place over the course of about 15 years, and are principally narrated by artist Roimata Mangakāhia (Rima Te Wiata) as she discusses the works of her peer, painter Claudia Atieno.
Tropes from Season Two
Advertisement:

The third season is a political thriller set in Chicago in the 1950s and is told through the dictations of Michael Witten (Lee LeBreton), a high-ranking Society bureaucrat who becomes the target of a conspiracy by his peers.
Tropes from Season Three

The fourth season is a series of tape recordings made over the course of the 1990s sent by a mother (Mona Greene) to her daughter, who is leading a family-oriented commune called "The Cradle", which was previously mentioned in Black Box and Season 3, while she is travelling the world and forging alliances.
Tropes from Season Four

The fifth season is a story about the romantic relationship between two women, Indra (Amiera Darwish) and Nan, starting from its cordial aftermath in 2008 and going backwards to its distrustful end to its beginnings in 1997. The story is told through answering machine messages.
Tropes from Season Five

The sixth season tells a ghost story through the treatment journals of an in-home nurse whose patient is an elderly woman living in rural Ireland in the 1970s and who was born before the Society came to be.
Tropes from Season Six

Black Box was a special season for Patreon subscribers, including flight-recorder tapes from a cargo pilot (voiced by Cranor) carrying unregistered passengers. Black Box ran for ten episodes, with new episodes coming out on solstices and equinoxes.
Tropes from Black Box
End Side B. [ding] [click]

And now, our time is done. It's you time now. Time to edit a page about DYSTOPIAN ALTERNATE UNIVERSES, clean up some wicks to NINETEEN-EIGHTIES BOY BANDS, and start a YKKTW about DISTORTED AUTOMATED VOICES.