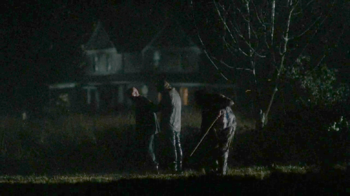 "There's something rotten in Mayberry." note As far as the FOX censors go, that's an understatement.
Written by Glen Morgan & James Wong
Directed by Kim Manners
"We knew this day was going to happen. That they'd try to change the way things are. All we can do about changing things... is be ready for it... be ready for them. Let them know, this is our home and this is the way it's going to stay."
— Sherman Peacock
Advertisement:

Mulder and Scully investigate after a deformed baby's corpse is found, and uncover the dark history of the family living in a nearby house.