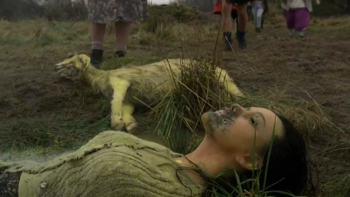 Mulder and Scully investigate a strange death in a community of Mexican migrant workers.

Advertisement:
"The truth is, nobody cares."