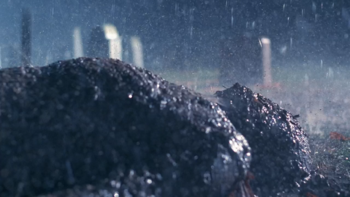 Flashes of lightning, the first signs of a monster's movement... you can make Frankenstein comparisons now.
Written by Howard Gordon
Directed by Kim Manners
Kenneth: See, Mr. Mulder, therein lies the paradox... because the danger of the truth is contained in the word Golem itself. Which means matter without form, body without soul.
Mulder: So the Golem is an imperfect creation.
Kenneth: Oh, kind of a monster, really. Unable to speak or feel anything but the most primitive of emotions. It runs amok.
Advertisement:

Mulder suspects that a golem, a monster described in Jewish folklore, may be responsible for the deaths of several people who murdered a Jewish man.